I wish I had said that!

Those of us with a conscience and moral values see exactly what is going on, and we don't like it..
We see the indecency and corruption of our government, and the hope and change that we were promised has been a total sham from day one.

The only hope for America is that we will never have to see the  face's of the Obama's in the White House after November.
It may be be a struggle to win with the likes of liberal media and the late night comedians, MSNBC, Media Matter, George Soros and his affiliations and foot on the core of American liberals, but win we must if our dear country is to survive.


We have a unelected Dictator named Michelle Obama who has managed to take away a Turkey Sandwich, Banana, Chips and Apple juice from an innocent little 4 year old girl, who was happy her mommy made her delicious lunch.  And it coulf have been worse, God forbid she could have been caught with a cheeseburger in her lunch box.  Yes we have a newly appointed Food police  force examining the lunch boxes of little children  to make sure that their Big Bad Mommy hasn't sent a candy bar to school with little Mary or Tommy.
Student's are  is getting death threats at school for a sing a long.  We see our mighty military reduced to a scary low. .
So, it will be a battle to win in November, but for the grace of God, Miracles do happen. And then, we won’t be subjected to this cruelty and maybe a little girl is not damaged by the likes of radicals any longer.


And for this, I blame the voters. I blame them so much for what we have been subjected to for the past 3 years. The damage has been done and the only recourse is that the voters can put and end to the worse 3 years in America’s history behind us once and for all. I hope we never have to live through this ever again.

Liberalism Is a Mental Illness

Progressives, Democrats, Liberals, call them whatever they wish to be labeled these days and they use these terms to hide behind the Democrat's Party, but the bottom lines is that they are not the Democratic party of yesterday they are a radical bunch of blissfully ignorant Communists.
Except for the few who may be actually mentally retarded, all Progressives are literally fascists, and have a radical political agenda.
Call them what you may but history shows us that Socialist, Fascist, Nazi and Progressive are just different names for the same koolaid-drinking movement.
Hitler’s had the same Progressives' agenda that Democrats have now.

The fact that they cannot see what is going on when it’s right there before their very eyes and when it is shown to them day in and day out, is as scary as the followers of Nazism, and Communism,, or any other Jonestown-type koolaid-drinking socialistic agenda. Today’s liberals tend to destroy the principles which our freedoms were founded, They are spoiled, and angry and jealous of the American way and they will stop at nothing to achieve their demands that a entitlement and compensation giving government meet all their needs otherwise known as "Government Assistance"  from cradle to grave. We just saw this example in the “Occupy Wall Street” movement.
These entitlements, food stamps, welfare, "Government Assistance", and other means of compensation such as affirmative action produce children to develop all the way from infancy to adulthood the distorted and irrational beliefs of the liberal mind. And thus Liberalism is a mental illness, and produced the unequivocally political madness that we see in America today.  It kind of makes  you think about that Hope and Change" doesn't it!
Posted by Opinionated Me at 6:49 AM 8 comments:

In a free country, we would not constantly be relinquishing our freedom in exchange for security!
Only in America can you tell people they should  pay more taxes, have to pray somewhere else, have to be submitted to a body search, have to provide condoms, have to eat what we say and still call yourself "Pro-choice"!  In a FREE country we do NOT redistribute the wealth.
Real freedom is not dealing with the Food  Police, day after day.
Is this the FREE country we speak about?
Posted by Opinionated Me at 3:12 PM 1 comment:

Moo-chelle's Gestapo Is At It Again!

Apparently it's her job to monitor the School kids' lunches. 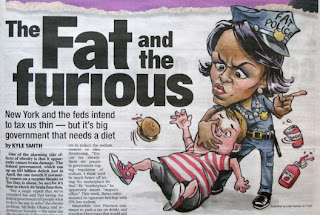 North Carolina officials have said there was a misunderstanding when a preschooler’’s homemade lunch was sent home for not meeting certain nutritional requirements, but now a second mother from the same school has come forward exclusively to The Blaze to say the same thing happened to her daughter.
Diane Zambrano says her 4-year-old daughter, Jazlyn, is in the same West Hoke Elementary School class as the little girl whose lunch gained national attention earlier this week. When Zambrano picked Jazlyn up from school late last month, she was told by Jazlyn’’s teacher that the lunch she had packed that day did not meet the necessary guidelines and that Jazlyn had been sent to the cafeteria.
The lunch Zambrano packed for her daughter? A cheese and salami sandwich on a wheat bun with apple juice. The lunch she got in the cafeteria? Chicken nuggets, a sweet potato, bread and milk.
“She never eats breakfast or lunch at the school,” Zambrano said of her daughter during an interview with The Blaze. “We always wake up early and make her lunch.”
It happens “every so often”
That day, Zambrano said she picked Jazlyn up from school and asked if she ate her lunch.
“She’’s not picky about food but you have to be on top of her,” she explained.
When Jazlyn said she didn’t eat what her mother had made her, Zambrano went to her teacher and demanded to know what happened. She said the teacher told her an official had come through that day to inspect students’’ lunches and that those who were lacking certain food groups were sent to the cafeteria. After she received her cafeteria food, the teacher told Zambrano, Jazlyn was told to put her homemade lunch back in her lunch box and set it on the floor.
Zambrano said the teacher told her it was not the first time student lunches have been inspected, and that officials come “every so often.”
Part of a regular program?
The policing of children’’s food at West Hoke has been portrayed as an isolated incident, but a curious memo Jazlyn brought home to her mother seems to point to something more.
The memo Jazlyn brought from the school outlines the necessary nutritional requirements students’’ homemade lunches must contain: two servings of fruit or vegetables, one serving of dairy, one serving of grain and one serving of meat or meat substitute. Included with the memo was a separate sheet, this one a bill for the cafeteria food Jazlyn was served.
The memo, dated Jan. 27 with the subject line “RE: Healthy Lunches,” was signed by school principal Jackie Samuels and said, while “we welcome students to bring lunches from home …… it must be a nutritious, balanced meal with the above requirements. Students, who do not bring a healthy lunch, will be offered the missing portions which may result in a fee from the cafeteria.”

Satan doesn’t always roar like a lion, but sometimes  slithers like a snake.
Posted by Opinionated Me at 1:43 PM 2 comments:

The Bureau of Labor Statistics, who of course is told what to say by the the administration shows the unemployment rate at 8.3 percent.
However, Gallup shows U.S. unemployment at 9%!  So who do we believe?
So who do you trust? Are you as tired as I am over all these phoney unemployment numbers?


MY Opinion?
There is No way that unemployment is going down.
And yet Obama's "approval"numbers are at 50% and his economic performance approval numbers are at 44%.  I'm sorry but i don't believe that either.
Posted by Opinionated Me at 7:56 AM No comments:

The January unemployment numbers were GOOD? The best jobs report we have had in three years?

January Unemployment Rate Falls to 8.3 Percent as 243,000 Jobs Are Added?   Yeah, that really sounds like  a good report, but it ain't so!.
Well here's an  explanation that maybe even most brain-dead Obama worshipers can understand, ( I said maybe)!
OK, here we go..
by John Crudele.  New York Post,

Everyone, of course, would be thrilled if 243,000 jobs were actually created in the month of January. Hallelujah!
Remember, we are talking about the month when companies go into hibernation because of bad weather and temporary Christmas jobs end. Jobs aren’t created in January. They are lost.
Yet there it is in the Labor Department release yesterday — total non-farm payrolls rose by 243,000 in January and the unemployment rate decreased to 8.3 percent.
A lie? Political manipulation? Or maybe it’s just that most people don’t understand what they’re looking at. The answer is the latter.
Those 243,000 jobs are the total after seasonal adjustments.
The question you should be asking is, what’s the un-tampered-with number before the adjustment?
Glad you asked. The Labor Department reported a loss of 2,689,000 jobs in January.
Seasonal adjustments are intended to smooth out holiday bumps like that. But because of the depth and unusual nature of the nation’s Great Recession, those seasonal adjustments are being skewed.
Here’s how it works: In January 2010, as I said, there was an actual, unadjusted job loss of 2,858,000 jobs.
To make it simple, the government computers were expecting a bigger unadjusted loss than the 2,689,000 jobs because last January’s decline was 2,858,000.
Why weren’t there as many job losses this January? Very likely because the weather throughout the country is a lot milder this year than during the past two January's.
A loss of jobs that isn’t as bad as expected turns into a job gain. Does that mean there really are 243,000 new jobs out there? Absolutely not.
Let’s say there are rumors in your company that 300 people are going to be laid off. Instead, management decides to fire just 200.
Two hundred people, of course, have lost their jobs. But, adjusting it for expectations, 100 people didn’t get fired. Using this analogy, the government would say that, on an expectation-adjusted basis, 100 jobs were created.
That’s sort of what happened in the January employment report because of seasonal adjustment.
The numbers themselves shouldn’t be changed because continuity from year to year is important for comparisons. But people should be alerted when seasonal adjustments are screwing with the numbers.
Someday maybe the Obama administration will tell the truth!    Yeah, someday, maybe even in our lifetime.   But I doubt it..  Or when hell freezes over.

Posted by Opinionated Me at 6:36 AM 6 comments:

Hello Out There in the Blogisphere! Welcome to my humble blog! Here you will find a collection of news headlines, world events and other little ditties that have caught my eye and inevitably caused me to create an opinion. Feel free to comment, form your own opinions or just ask questions.

Opinionated Me
My name is Mark, and yes I am Opinionated. And I'm here to express my opinions, like them or not. 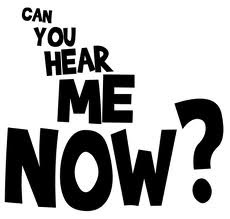